Country and town maps of the world from free country maps.com

I have also added a Google Map showing the location of Broadstairs, England which can be found below the free street map.

I will be making this map clickable so you can zoom in and out and add a marker to your location, place of business etc. 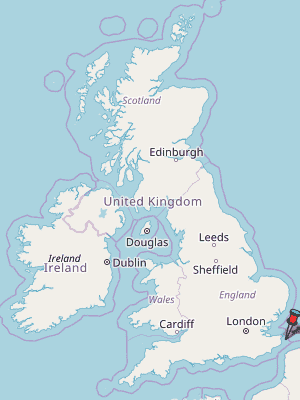 Please note that the above information on Broadstairs is to be used as a guide only. If you notice any errors in the map or the population of Broadstairs is incorrect then please contact us. The Broadstairs Map is CC-BY_SA 2.0 OpenStreetMap, it can be downloaded for free.

Click on the to download this map, this can also be done in full screen if you want a bigger map of Broadstairs. Click on to change layers between this map, a map box street map, Google hybrid map or a satellite view of Broadstairs. You can use the map you download to add to your website, facebook page or however you like excluding the Google and Bing satellite maps as they are not creative commons licenced. An example of the map file is shown below.


Map of the town Broadstairs 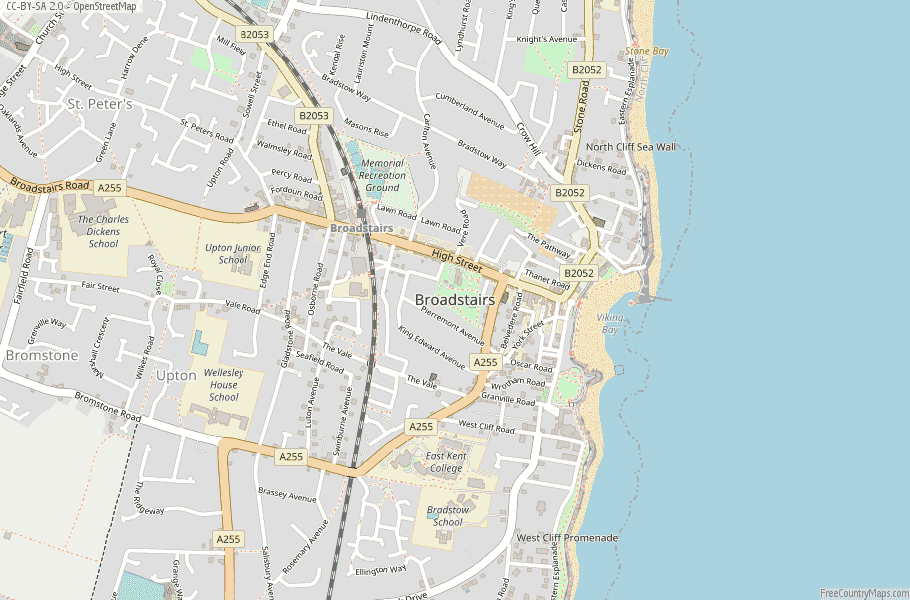 download this map for free. Open Broadstairs Map in your browser or view a full size map if you are using a mobile

The top map of Broadstairs, Great Britain has been reproduced thanks to Open Street Map and is licenced under The Open Database License (ODbL), so you can download this map and modify all others that contain the CC-BY-SA 2.0 watermark and your reproduced map of Broadstairs must also free. You cannot download and use on other sites the country maps or any other map that doesn't contain that watermark and no map can be hotlinked. Broadstairs is located in Great Britain, Europe. Broadstairs is located at the latitude of 51.358433 and the longitude of 1.437362. Broadstairs has a population of around 22712 people.

Closest 20 Towns or Cities to Broadstairs

Â© All text and images are copyright FreeCountryMaps.com excluding the free maps watermarked with CC-BY_SA 2.0

Providing free maps. We can also provide latitude and longitude information on towns, cities, places of interest and in some cases streets for most countries.